Why the monsoon is early? 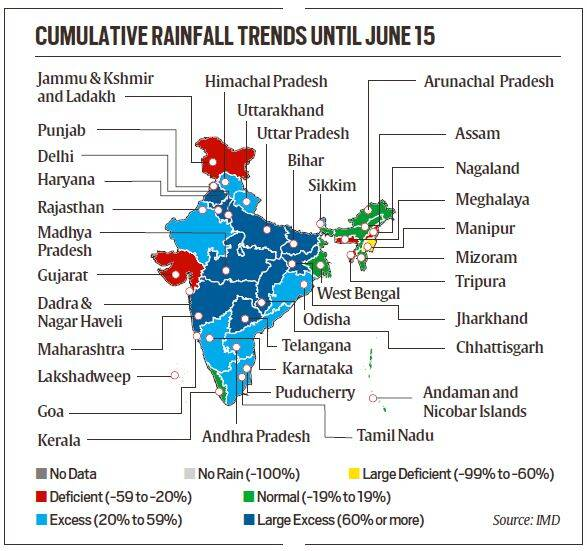 Context: The monsoon hit the Kerala coast two days behind schedule, but has already covered two-thirds of the country.

Reason Behind early monsoon this year:

Is this pre-arrival usual?

Will this pace continue?

The early monsoon also means a shorter summer. Is this unusual?

Is the current pattern fit with the context of climate change?