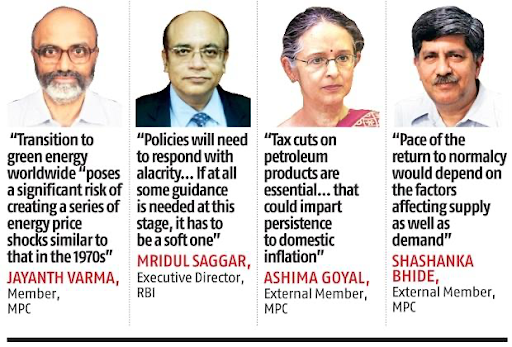 Context: A member of the MPC, has strongly argued for tightening the policy stating that inflation and growth risks are “well beyond the control” of the MPC.

Concerns by the MPC member