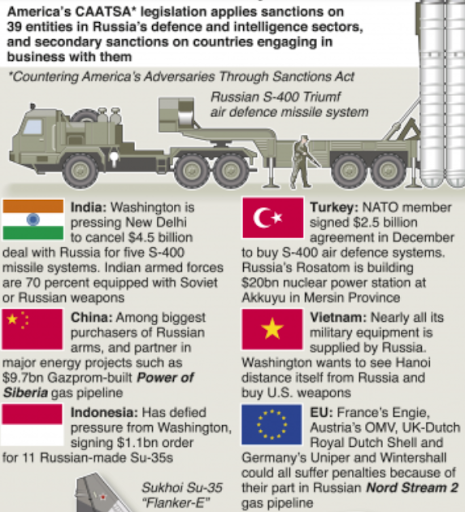 Context: The USA has urged its allies and partners to forgo transactions with Russia that risk triggering sanctions under the Countering America’s Adversaries Through Sanctions Act.

What sanctions can be imposed?

India should remind the US administration and members of the US Congress that the commitment to ameliorate US-India defence and security ties are genuine, even when the two countries disagree.