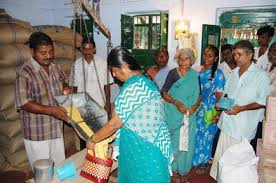 Need of the package:

There are five elements to the PMGK package.

Steps taken by the government for poor and those in the unorganised sector:

The help is in two ways - free food grains, and cash transfers.

Measures taken for the poor in the organised sector:

This help essentially relates to the Employees’ Provident Fund. There are two initiatives announced by the government

The construction sector traditionally employs a large number of people, especially those who leave villages and farming out of distress, and come to cities looking for work.

Analysis of measures taken for the poor:

The announcements related to the provisioning of food grains via PDS will be especially helpful. However

Unlike big businessmen or the salaried middle class, the main problem for poor and vulnerable households today is liquidity stress as these are people with no balance sheets, reserves, or bank balances.

Every day’s loss of work for them means cutting down even basic consumption and going deeper into debt. Free grain can help, but does not address the real crisis, which is of liquidity. They need cash to buy essential things other than just food and most of them had it till the other day.