The cost of clearing the air

The cost of clearing the air 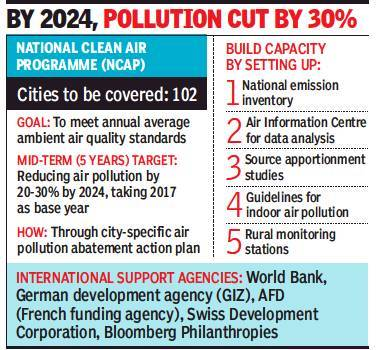 Context: Recently, the finance Minister announced a ₹4,400 crore package for 2020-21 to tackle air pollution in 102 of India’s most polluted cities. The funds would be used to reduce particulate matter by 20%-30% from 2017 levels by 2024 under the National Clean Air Programme (NCAP).

The funds don’t account for the trained manpower and the support system necessary to effectively maintain the systems and these costs are likely to be significant.While funds are critical, proper enforcement, adequate staff and stemming the sources of pollution on the ground are vital to the NCAP meeting its target.