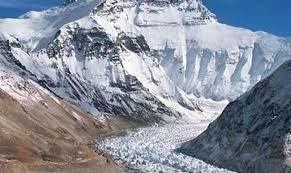 Recently, a group of scientists from the Wadia Institute of Himalayan Geology (WIHG), Dehradun have found that the Indus-Tsangpo Suture Zone (ITSZ) of Himalaya is tectonically active.

The Iapetus Suture from Great Britain, which is now concealed beneath younger rocks, and Indo-Tsangpo Suture well exposed in the Himalayas are some of the best examples of suture zones.