In news: In the Philippines, a volcano called Taal on the island of Luzon, 50 km from Manila, erupted recently, spewing lava on the ground, and ash and smoke into the sky.

Location: Taal’s closeness to Manila puts lives at stake. Because the country is situated at the boundaries of two tectonic plates — the Philippines Sea Plate and Eurasian plate — it is particularly susceptible to earthquakes and volcanism. 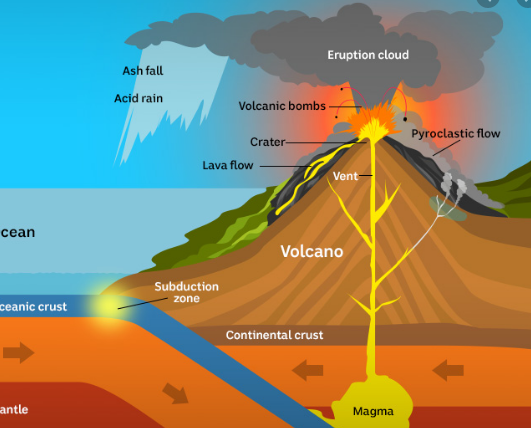