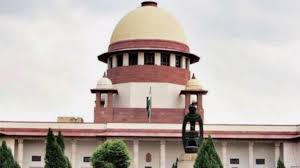 Context: Marking a first, the Supreme Court removed Manipur Minister, against whom disqualification petitions were pending before the Speaker, from the state cabinet and restrained him from entering the Legislative Assembly till further orders.

The possible objections to the order of SC:

Therefore, the obvious reluctance of the Speaker to decide the matter even within an extended deadline necessitated the latest course of action.

The above disqualification on the ground of defection does not apply in the following two cases:

Time limit within which the Presiding Officer has to decide

The Supreme Court’s order stripping a Manipur Minister of his office and barring him from entering the State Assembly may appear drastic and unusual, but is quite a reasonable and necessary course of action.