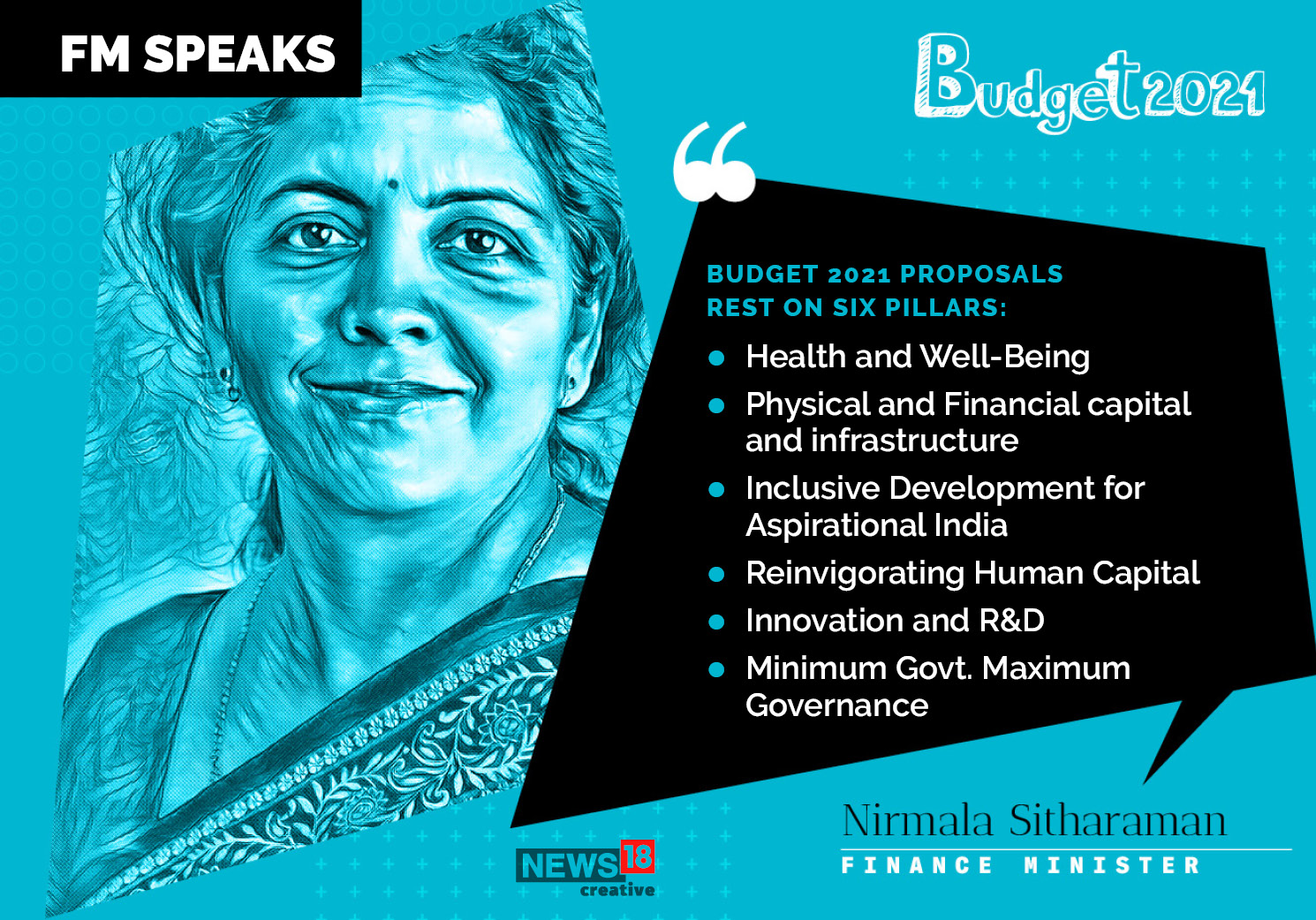 Finance Minister Nirmala Sitharaman presented the Union Budget 2021 on February 1, 2021. This was the first paperless budget. The Finance Minister read out the document from a Made-in-India tablet.

The Union Budget 2020-21 was focused on the centre's Atmanirbhar Bharat vision. It did not propose any changes in personal income tax slabs.

Part-B was on Taxation.

The Urban Swachh Bharat 2.0 mission to be launched at outlay of ₹1.41 lakh crore over five years, Sitharaman said.

COVID-19 vaccine- The Finance Ministry has provided Rs 35,000 crores for COVID19 vaccine in this year 2021-22. The Ministry is committed to provide further funds if required.

The supplementary nutrition programme and the Poshan Abhiyaan has been merged to launch Mission Poshan 2.0 to strengthen nutritional content, delivery, outreach, and outcome.

Jal Jivan Urban Mission: Urban Jal Jeevan Mission to be launched and implemented over five years with an outlay of Rs 2.87 lakh crore.

Urban Swacch Bharat Mission to implemented over five years with an outlay of Rs 2.87 lakh crore.

Significance: According to government data, commercial vehicles, which constitute about 5% of the total vehicle fleet contribute about 65-70% of total vehicular pollution.

A Deep Ocean Mission will be launched with an outlay of Rs 4,000 crore over five years.

Under the pillar of Inclusive Development for Aspirational India, the Finance Minister announced to cover Agriculture and Allied sectors, farmers’ welfare and rural India, migrant workers and labour, and financial inclusion.

Development of modern fishing harbours and fish landing centres: To start with, 5 major fishing harbours – Kochi, Chennai, Visakhapatnam, Paradip, and Petuaghat – will be developed as hubs of economic activity.

The Centre will introduce a new Agri Infrastucture Development Cess, which will be applicable from February 2, 2021. Here are the particulars for New Agri Cess

- 20% on crude soyabean and sunflower oil

Impact of the budget