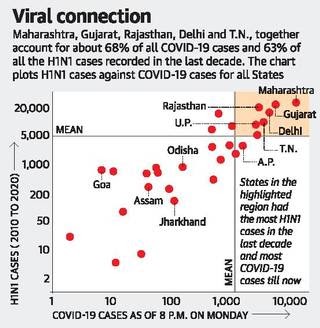 Context: As per a data from the Health Ministry’s National Centre for Disease Control (NCDC), the five states namely Maharashtra, Gujarat, Rajasthan, Delhi, Tamil Nadu that share the burden of 70% of COVID-19 cases, also account for the bulk of Swine flu cases.