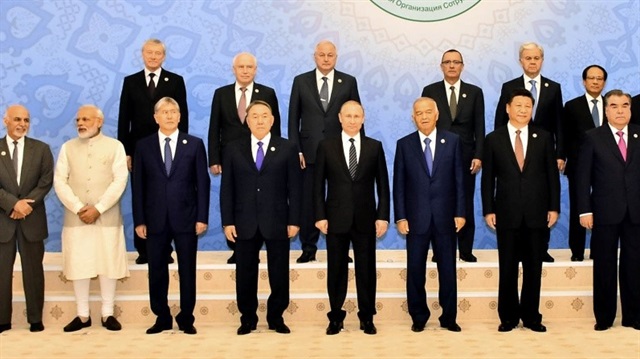 Dialogue partner is any country, or organization with which SCO or similar Organizations enjoy consultative relationship in areas of common interest and may participate actively in the SCO Conference. This status can further be divided into two:-

A country willing to join the SCO must be of Eurasian region, have diplomatic ties with all SCO member states also observer or dialogue partner status in the SCO. It must support active trade, economic and cultural relations with the SCO members, and must not be under UN sanctions. The latter provision is due to membership for Iran due to UN sanctions.

And  must not be in a state of armed conflict with another country or countries.

The country who is observer, there is no right to vote

Structure of the Shanghai Cooperation Organisation

Countries meet annually decided by the council members at alternating venues. The locations are in alphabetical order of the member state's name in Russian.  The Council of Foreign Ministers is supposed to hold a summit one month before the annual summit of Heads of State.

Challenges of SCO Membership for India

Indian has bilateral agreements with central Asian countries, but its time to expand the trade, India can Invest in Hydel projects and Mineral industry, because it has Huge potential potential for both.

India is energy hungry country, we are heavily dependent on the West Asian countries (More than 70% imports from West Asia) and we need to diversify into new markets to secure the energy security on India.

SCO 2020 had virtual summit this year due to COVID 19, hosted by Russia. India's interest is in strong resolution towards connectivity, through International North-South Transport Corridor, Chabahar Port, Ashgabat Agreements

India Pushed for "economic capacity building" and "Aatmanirbhar Bharat" to further self-reliance that could be a force multiplier, with the combination of economic multilateralism and national capacity building.

SCO chairmanship for 2021will be presided by Tajikistan