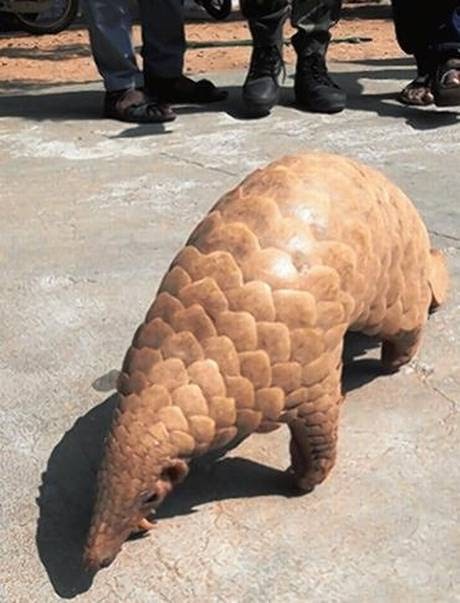 For the first time, scientists have radio-tagged the Indian pangolin (Manis crassicaudata), an endangered animal that is rarely sighted in forests. It is the joint initiative of the Special Task Force of the Madhya Pradesh Forest Department and non-profit, the Wildlife Conservation Trust (WCT).

Both these species are listed under Schedule I Part I of the Wildlife (Protection) Act, 1972 and under Appendix I of the Convention on International Trade in Endangered Species (CITES).

How is tagging helpful?

The team has successfully rehabilitated two Indian pangolins in the wild. This is the first-ever case of successful rehabilitation effort of the species where the released individuals are monitored in the wild using telemetry to ensure a better success rate.

Given that several pangolins are rescued in the central Indian landscape, this new initiative by the Madhya Pradesh Forest Department and the Wildlife Conservation Trust (WCT) is to ensure better survival rates of these released individuals in the wild and thus have a positive impact on the population of this endangered species.