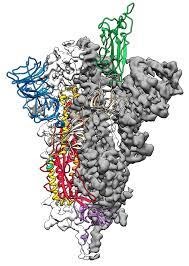 The research is novel In several ways. It is the first time anyone has obtained a neutron structure of a coronavirus protein. The researchers said it is also the first time anyone has looked at this class of protease enzymes using neutrons. Further, the fact that the protein chains are cut at a site that is in an electrically charged reactive state, rather than neutral, was a surprise finding.