SC to hear plea against snooping next week 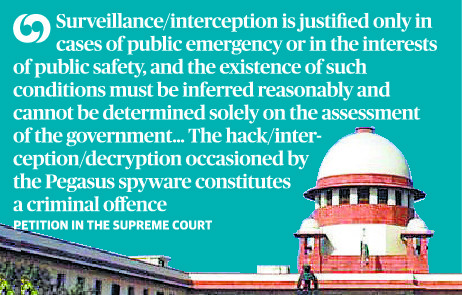 Context: The Supreme Court on Friday agreed to hear a petition for an independent investigation, headed by a former or a sitting judge, of mass surveillance of more than 142 potential “targets”.

What does Petition say?

About the NSO group: