SC calls for a panel to inquire Freebies Issue

SC calls for a panel to inquire Freebies Issue 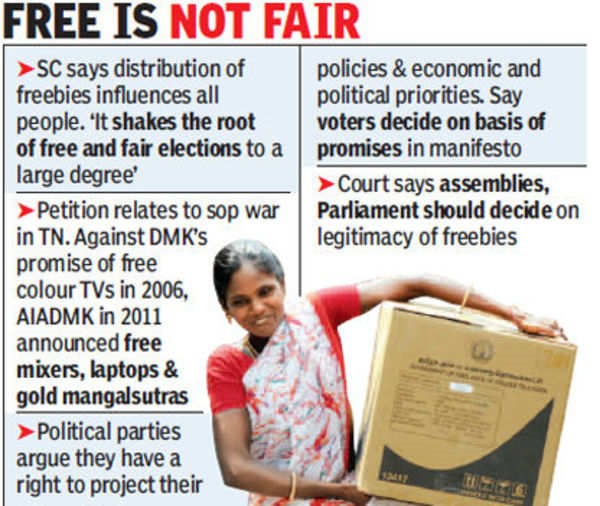 Where to use it?

Prelims level: RPA features can be asked in the Prelims exam

What did the CJI say?

Why are such policies popular among the public?

Impact of such policies

What cannot be accounted for as a freebie?

A rational analysis of freebies