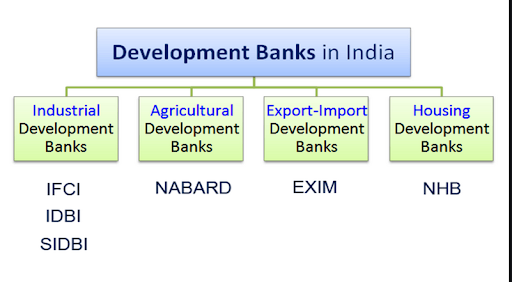 Context: The government plans to set up a Development Finance Institution (DFI) in the next three to four months with a view to mobilise Rs 111 lakh crore required for funding of the ambitious national infrastructure pipeline.

In India, we perhaps failed to review the mandates given to the DFIs in the past with the view to enable them to change course to meet changing development priorities.

Most of the successful development banks around the world have seen that the mandates given to them were reviewed periodically and the fresh mandates were given if the existing ones had lost relevance. For a developing country like India, it is desirable that the new DFI remains viable and sustainable to be able to cater to the long-term development financing requirements.