Relevance of data collection during the pandemic

Relevance of data collection during the pandemic 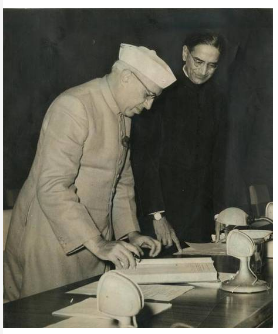 Context: Mahalanobis is perhaps more relevant today when the accuracy of different sorts of data — from economic data to COVID-19 data — is under the scanner.

Survey of Bengal famine by Mahalanobis

Relevance of such data in the content of COVID-19 pandemic