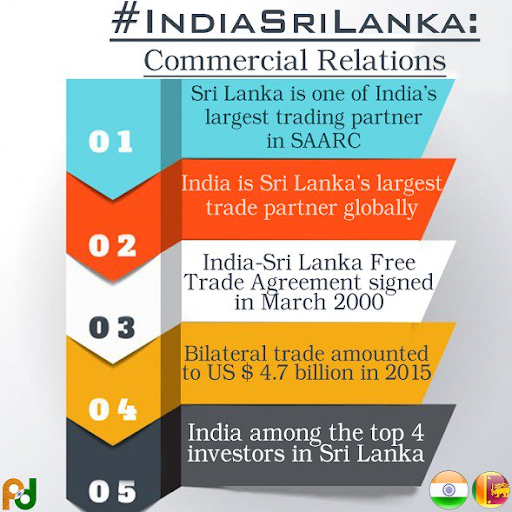 Context: The Reserve Bank of India has agreed to a $400 million currency swap facility for Sri Lanka till November 2022.

Significance: The bilateral relationship between India and Sri Lanka “will always be an important cornerstone of a peaceful and prosperous South Asia”. The examples of Singapore-Malaysia and New Zealand-Australia indicate that a smaller country's economic success is tied to having a strong or at least stable relationship with its larger neighbour.

Way forward: From economic cooperation to fighting COVID-19, both countries have diverse avenues to deepen ties.