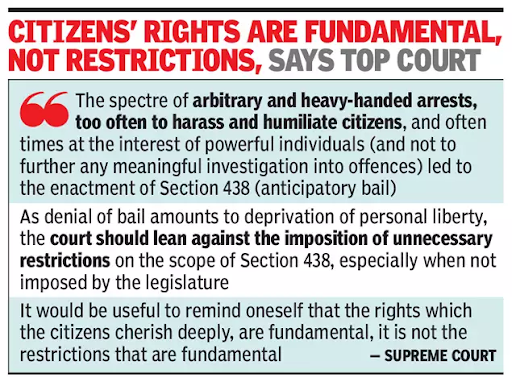 Context: The Supreme Court asked judges to protect personal liberty and the right of ordinary people to bail.

Key takeaways from the SC judgement:

Concerns: The refusal to grant bail deprives individuals of liberty by confining them in jails without trial and conviction