Context: The next G7 summit, tentatively scheduled in Washington DC in mid-June, has been postponed by the host, the U.S. recently.

Why particularly these four countries are chosen by the US?

Response from these countries

What does it mean to India?

Economic Relevance of G-7 in the present context: 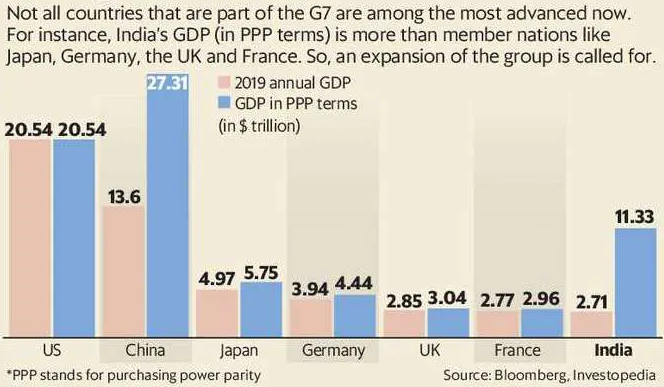 Other limitations of the G-7

Need for creating a new institution

The end state in Afghanistan would also be of interest to India, as also the reduction of tensions in the Korean Peninsula and the South China Sea.