Context: The AarogyaSetu app, developed by the National Informatics Centre (NIC) under the Ministry of Electronics & Information Technology (MEITY), has been launched for pan-India use. It is available in 11 languages and has crossed the 75 million mark of user downloads.  Of late, it has raised privacy concerns amid executive overreach.

How does it work? 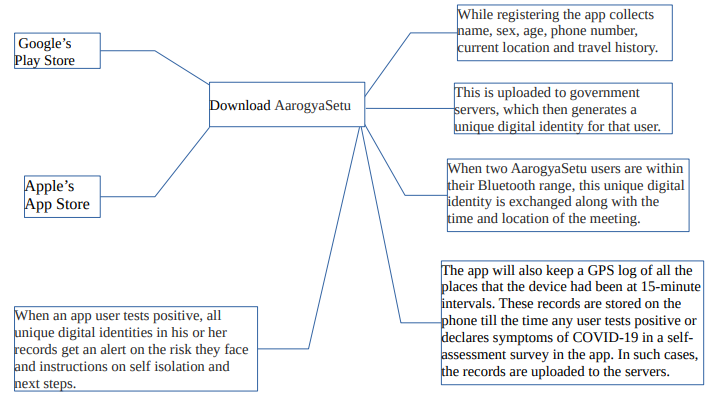 What are the concerns?

Given that the right to privacy is not absolute, it can be legitimately curtailed. However, any such restriction, as the Court held in K.S. Puttaswamy v. Union of India (2017), must be tested against the requirements of:

Inter arma silent leges, said Cicero: For among [times of] arms, the laws fall mute. But our fight against COVID-19 is not a war. Even if it were, our Constitution is intended for all times - for times of peace and for times of crises.
Source: https://www.thehindu.com/opinion/op-ed/privacy-concerns-during-a-pandemic/article31456602.ece