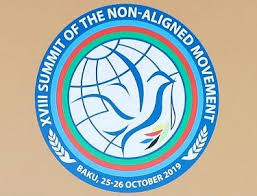 The Vice-President of India will represent India at the 19th Non-Aligned Movement (NAM) summit in Baku, Azerbaijan on October 25 and 26, marking the second time in a row that PM Modi will give the summit a miss. Context: