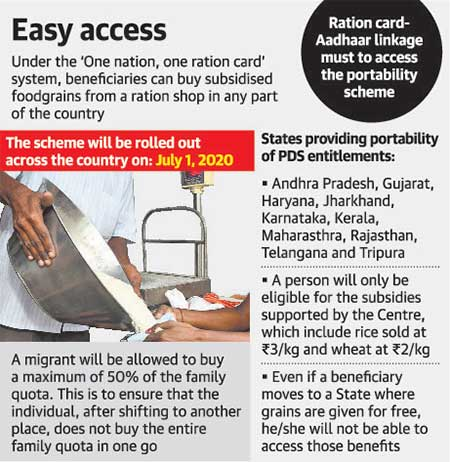 Context: A new Central Sector Scheme on "Integrated Management of Public Distribution System (IM-PDS)" has been approved by the Department of Food and Public Distribution mainly for the implementation of National Portability for the beneficiaries to lift the foodgrains from any FPS in the country.

Concerns with PDS: The system is often blamed for its inefficiency and rural-urban bias. It has not been able to fulfill the objective for which it was formed. Moreover, it has frequently been criticized for instances of corruption, black marketing, Ghost Subscribers, Leakages, Pilferage Lack of digitization.

Rooting out corruption requires action by the executive and the judiciary, and also more directly through gram sabhas.