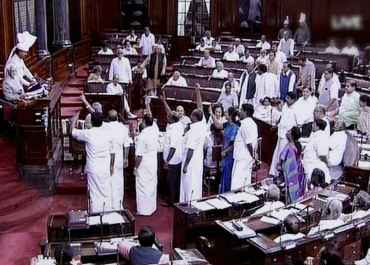 Context: Disruption, which at times borders on vandalism, has been frequent in Parliament in recent times. The government is considering curtailing the monsoon session of Parliament.

Code of conduct for MPs

The privileges and immunities enjoyed by the MPs and MLAs

The argument has been that privileges and immunities are necessary for exercising constitutional functions. However, the members can be punished for the breach of privileges by the house itself. Punishment includes imprisonment, fine or suspension.

The vitality of democracy demands discipline, constructive approach, and a readiness to contribute to consensus-building on pressing issues before the nation — and adherence to rules. Political parties, both ruling and Opposition, have a responsibility towards the country. And the first step in discharging that responsibility starts with using the spirit of consensus and compromise to ensure a deliberative Parliament.