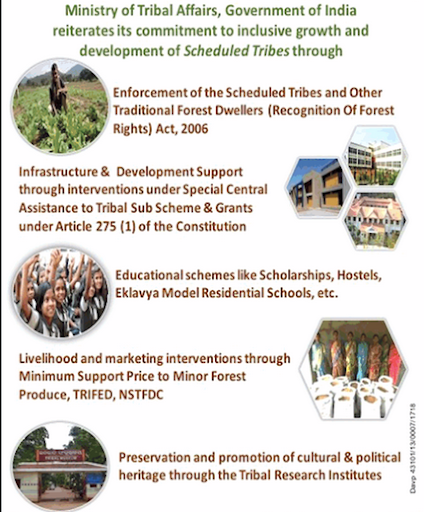 Context: Globalization and industrialization have uprooted villages, disrupted ancient cultures and forced Tribals to give up their traditional occupations.

The marginalization of Tribals

The issues that several Committees have dealt with fall broadly into two categories: development and protection. The potential of a pragmatic action plan in consonance with Panchsheel is yet to be fulfilled. The crevice between policy and performance seems to widen over time, while inclusion without intrusion remains a challenge to be addressed.