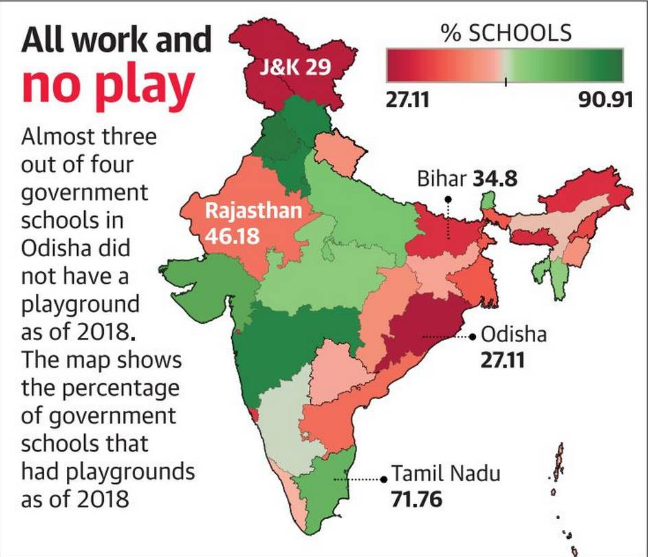 Context: The Parliamentary standing committee on Human Resource Development (HRD) report revealed that nearly half of the government schools in the country do not have electricity or playgrounds.

More details in the report

Critical Analysis of the report

Lastly, to usher in demographic dividend, it is necessary to allocate sufficient funds for school education as well as  efficient utilisation of it.  A public school system that guarantees universal access, good learning and all facilities has to be among the highest national priorities.