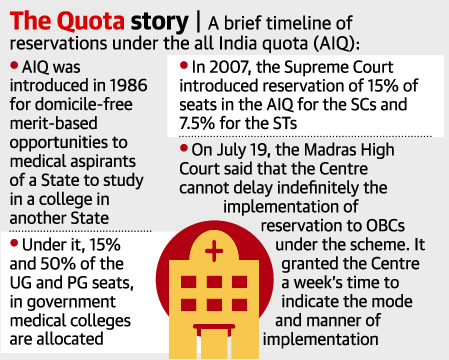 Context: The Union Health Ministry has recently announced reservation in the all-India quota (AIQ) scheme for undergraduate and postgraduate medical and dental courses from 2021-22.

About the All-India Quota (AIQ) scheme:

The Rationale behind the change: