Naming of the tropical cyclones

Naming of the tropical cyclones 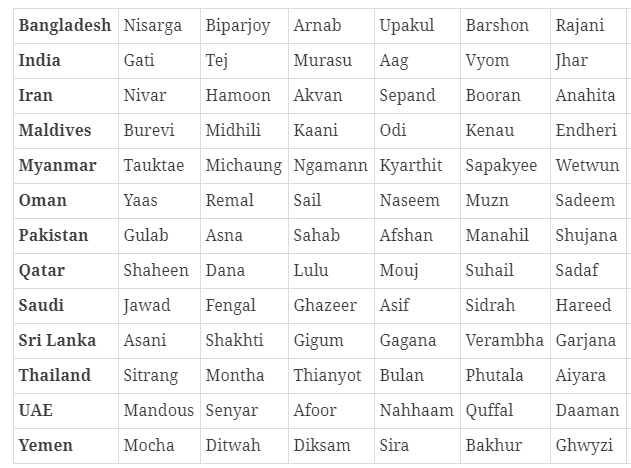 Context: The India Meteorological Department (IMD) recently released a list of 169 names of future tropical cyclones that would emerge in the Bay of Bengal and the Arabian Sea.

Process of naming the cyclone

Importance of naming a cyclone

Guidelines for adopting names of cyclones

While picking names for cyclones the countries need to follow the following set of rules.