MoU signed between Directorate General of Shipping and Indian Navy

MoU signed between Directorate General of Shipping and Indian Navy 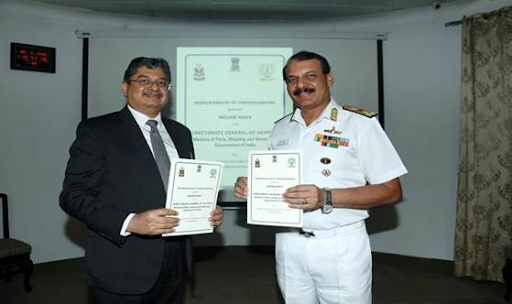 Directorate General of Shipping signed an MoU with the Indian Navy for transition of Indian Navy Personnel to Merchant Navy. This will benefit retiring navy personnels by providing them the opportunity to work on Merchant Ships

These Schemes enable smooth transition of the retiring Indian Navy Personnel into Merchant Navy by acquiring necessary certification to work on Merchant Ships in accordance with the Standards of Training Certification and Watchkeeping Convention of International Maritime Organisation.

Key highlights of the transition schemes are: