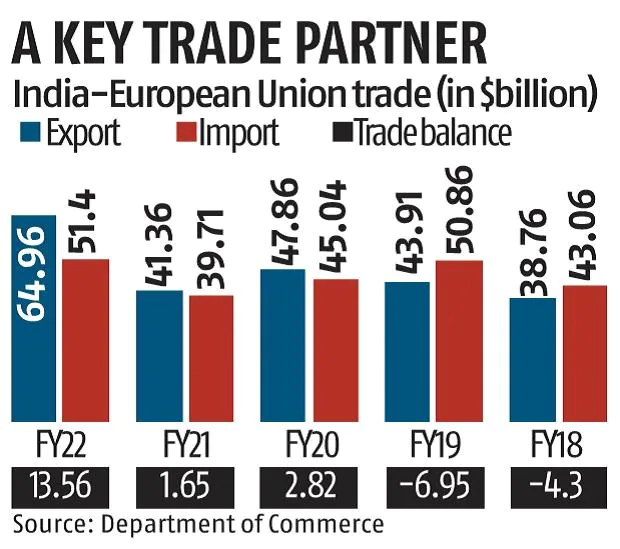 How FTA with the EU could help India?

The factors India needs to consider while signing FTA

1] Impact of tariffs on the domestic industry:

2] Adherence to the rules of origin

3] Including the offset clauses

“Offset clauses” — where the exporter is obliged to undertake activities that instantly assist the importing country’s economy — should be made into trade agreements, especially for technology-intensive sectors.

5] Inclusion of the sunset clause

6] Parity between services and merchandise