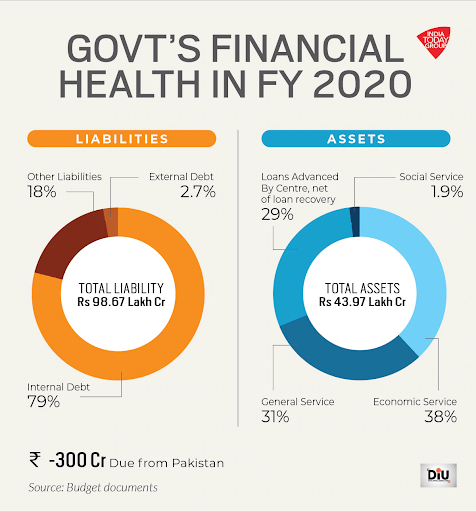 Context: India faces a “guns, germs and steel” crisis. There are Chinese “guns” on the borders. There are coronavirus “germs” in our bodies. There are “steel” makers and other businesses on the verge of bankruptcy.

Cost to the military crisis: The Chinese conflict will need central government funds by an additional 1-2% of GDP.

Cost to the health crisis: The central government will need additional government funds equal to at least 1% of GDP to continue the fight against COVID-19.

Cost to the economic crisis: Based on estimates of loss of consumption, incomes and its multiplier impact, the government will need to inject additional funds of 5% of GDP to absorb the economic shock and kick start the spending cycle again.

Incremental funds needed: In sum, the government needs to spend an additional 8% of GDP while revenues will be lower by 2%  of GDP, a combined gap of 10% of GDP.

India is currently facing a significant dilemma — save the country’s borders, citizens and economy or prevent a “junk” rating.