Malnutrition in India I Reasons behind poor diet of children

In India, every second child is affected by some form of malnutrition. 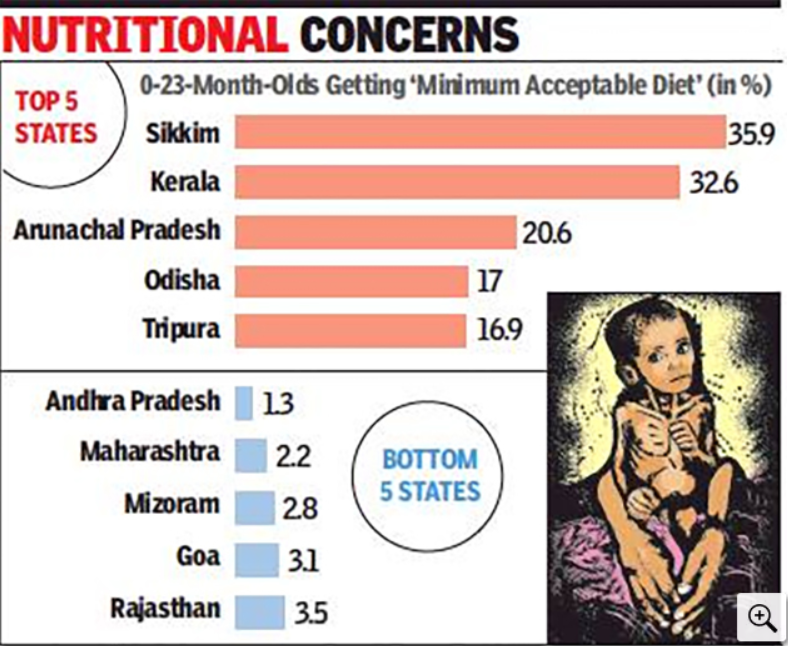 Malnutrition due to poor diet

Reasons behind poor diet of children:

Initiatives are taken to Reduce Malnutrition

A trap of poverty, malnutrition

Modernise Anganwadis through the use of corporate social responsibility funds Improve nutrition awareness of communities Operationalization of a national nutrition surveillance system: Thus, there exists a need to collect and maintain real-time data on various nutrition indicators using ICT and GIS like a database of pregnant mothers. Improving sanitation: The implementation and maintenance of the Swachh Bharat Mission should be strengthened. Judicial and civil society activism: For example, the Right to Food Campaign (launched in March 2014), which is an informal network of individuals and organizations, is the result of public interest litigation. The United Nations General Assembly has adopted a resolution proclaiming the UN Decade of Action on Nutrition from 2016 to 2025. Read More Articles: The Burden of Malnutrition Peanut Paste not a Solution for Severe Malnutrition: Study