Context: The National Centre for Polar and Ocean Research (NCPOR) predicts that there would be a 24% increase in the expansion of Amery Ice Shelf (AIS) boundaries by 2021 and another 24% expansion by 2026 from its 2016 positions. 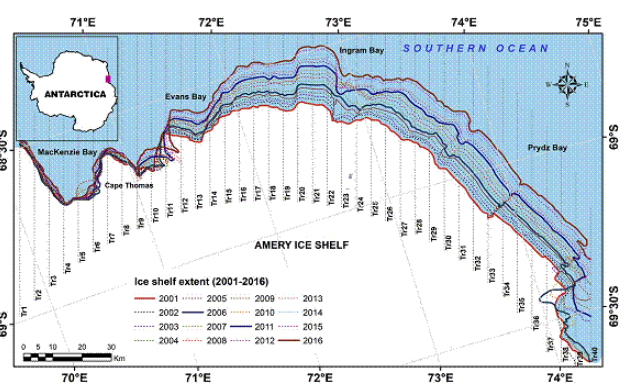