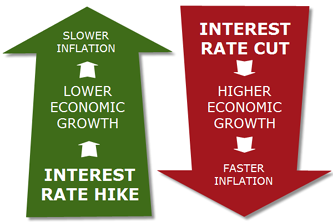 The US Federal Reserve (usually called the Federal Reserve) recently announced that it would raise interest rates by 75 basis points (or 0.75 percent points).

The Federal Reserve is doing this to reduce inflation to the target  of 2%.

Relationship between inflation and interest rates