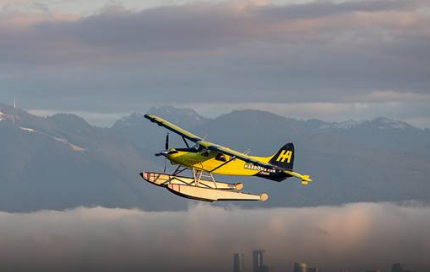 Context: In a breakthrough for electric flight technology, a 750-horsepower electric engine made by MagniX, an Australian electric motor manufacturer, will power a Cessna 208 Caravan aircraft to fly for an expected 20-30 minutes over Washington state.