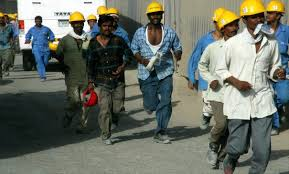 In the backdrop of the outbreak of COVID-19, to support unorganized construction workers who sustain their livelihood on daily wages, an advisory  has been issued by the Ministry of Labour and Employment to all the States/UTs to use Cess funds for Welfare of Construction Workers.

The matter of slow progress of implementation of these Acts has been raised at various fora. As a result, a Task Force and the Central Advisory Committee constituted by the central government recommended that certain provisions of these Acts require amendments. Accordingly the Central Government decided to carry out amendments in these Acts.

The Building and Other Construction Workers Related Laws (Amendment) Bill, 2012:

The bill, waiting for the assent of the parliament of India, lapsed with the 15th Lok Sabha.

Also read: Awaiting for a robust safety law for workers

Government To Ensure Labour Benefits For The Gig Economy Workers