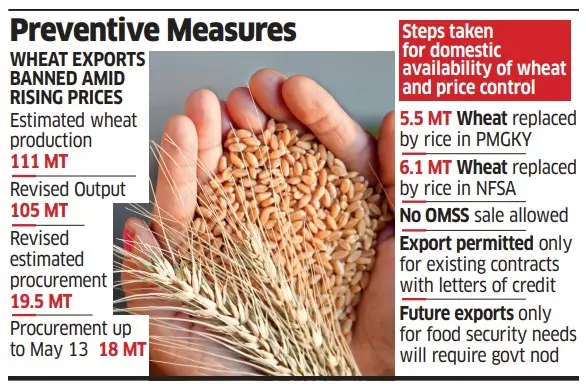 As per the recent news, the government is implementing a ban on wheat and rice ban.

Why was the ban implemented?