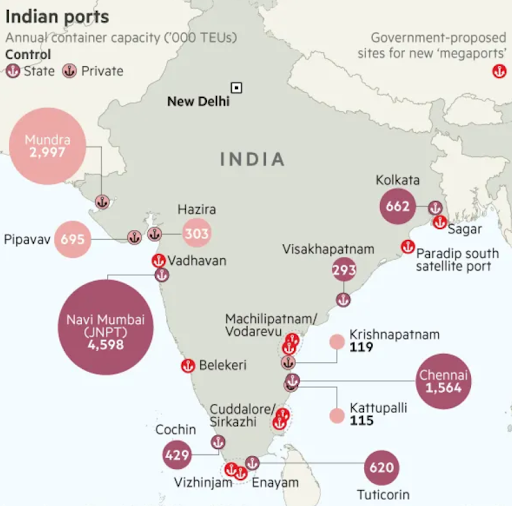 Recent govt. initiatives to improve the port ecosystem: The government is focusing on measures for upgradation, digitisation, automation of the clearance process so that it is more automated, online and paperless.

Outcomes of the initiatives:

Gaps to be filled:  These are particularly with respect to

Way forward: While some immediate steps are needed to survive the crisis, it is imperative to work on a permanent road map which addresses some of the gaps highlighted. Globally, digitisation of procedures and lower human intervention are the two major pillars that drive trade across borders.

These efforts will be instrumental towards improving India’s trading ecosystem and achieving the desired target of Ease of Doing Business (ranking under 50) set by the Prime Minister’s Office. The more digitised our trade facilitation infrastructure, the more immune we will be to future disruptions.