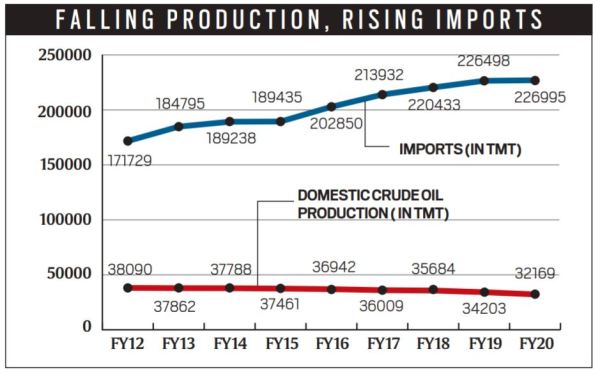 Reason for falling production of crude: