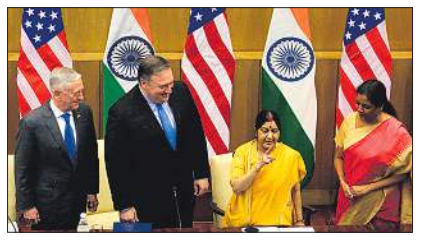 Context: India and the US are preparing for the third 2+2 ministerial meeting.

New Delhi’s strategic embrace of Washington is the obvious outcome in wake of Chinese threat.