India to get advance delivery of S-400 from Russia

India to get advance delivery of S-400 from Russia 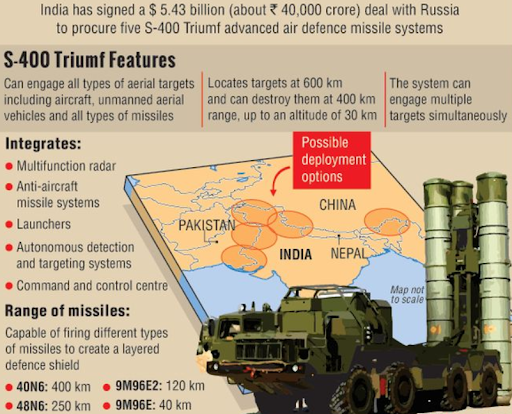 Context: Russia has promised to accelerate deliveries of some defence contracts with India, in a meeting of Indian Defence Minister and  Russian Deputy Prime Minister.