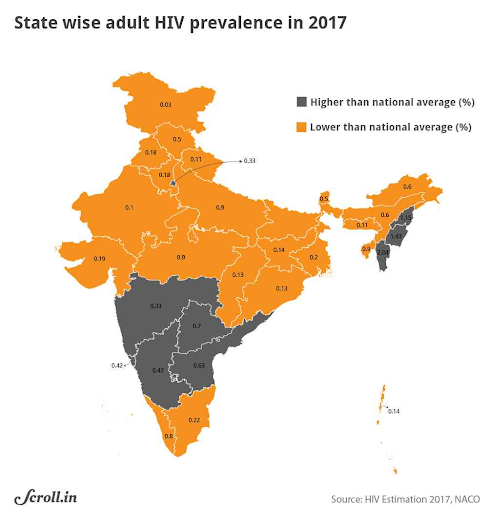 Context: With the covid-19 pandemic having halted the progress of several public health programmes, a study conducted by the Indian Council of Medical Research (ICMR) has warned that India may miss the national target to end AIDS by 2030.

About the study: The study is done by the ICMR-National Institute of Medical Statistics, Division of Strategic information - Surveillance and Epidemiology, and the National AIDS Control Organization under the ministry of health and family welfare.

The study calls for reinforcement of HIV prevention, diagnosis and treatment efforts by geographical regions and population groups.