About India And Indian Ocean Region 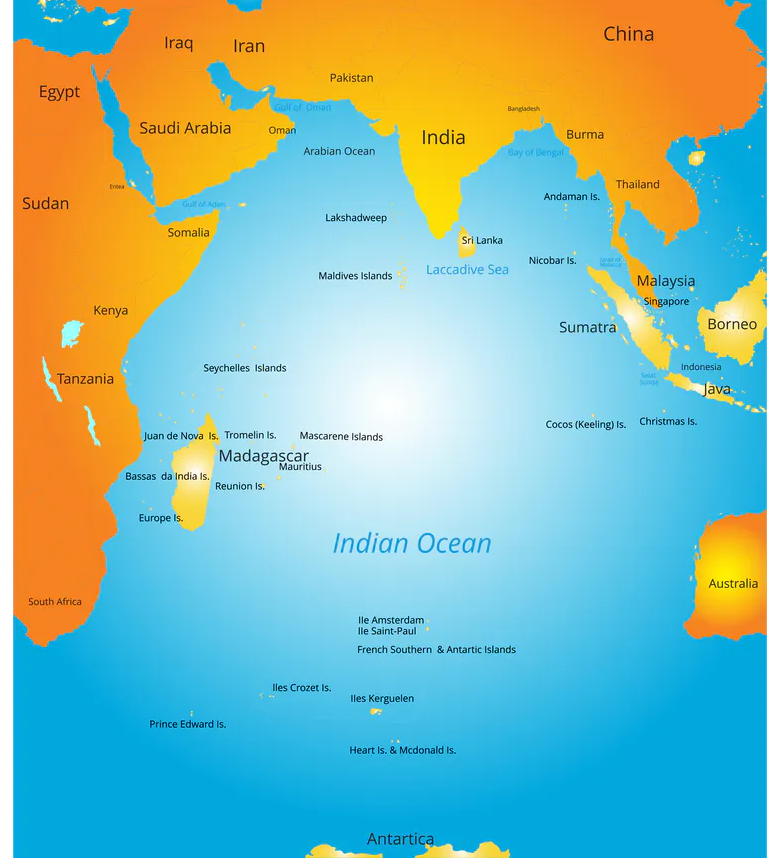 Recently India has been approved as an observer state for Indian Ocean Commission. The decision to join the IOC marks a part of the government’s push for greater salience in the whole Indian Ocean Region (IOR).

India Ocean Region: The region comprises the ocean itself and the countries that border it. These include Australia, India, Indonesia, Bangladesh, Madagascar, Somalia, Tanzania, South Africa, the United Arab Emirates, and Yemen.

Strategically, the Indo-Pacific has been seen as a continuum across the two oceans joined together by its main trading channel, the straits of Malacca.

Significance of the Indian Ocean region:

Demographic dividend: The average age of people in the region’s countries is under 30 compared to 38 in the US and 46 in Japan. The countries bordering the Indian Ocean are home to 2.5 billion people, which is one-third of the world’s population.

The economic significance of the region:

Security issues: Countries in the Indian Ocean region face the same kinds of threats like piracy, unregulated migration, and the continued presence of extremist groups.eg:  Somalia, Bangladesh, and parts of Indonesia.

The emergence of Groupings and Forums: 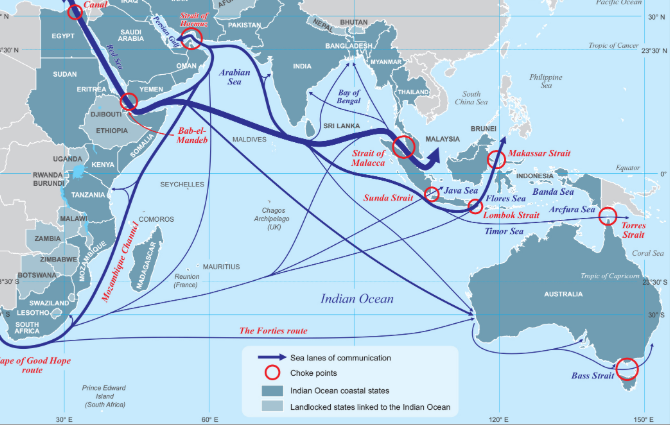 Significance of the Indian Ocean region for India:

The emerging power of the Indian Ocean region

Security and Growth for All in the Region (SAGAR)

Quad grouping: India continues to cooperate with the Quad countries, having just concluded a meeting in Bangkok between officials of the U.S., Japan, Australia, and India, who held consultations on their collective efforts for a free, open, and inclusive Indo-Pacific.

Indian Ocean Rim Association of Regional Countries: IOR-ARC is the only Indian Ocean organization meeting at ministerial level with membership ranging across the entire Indian Ocean region. It has a wide mandate to promote cooperation within this highly diverse region. And has the potential to make a difference.

Rise of Indo Pacific:  the growing footprint of China across the length and breadth of the region and second, the relative decline of the U.S. alliance system and its strive for a resurgence. The acceptance of the Indo-Pacific as a single strategic construct linking the contiguous waters of the western Pacific and the Indian Ocean has gained currency in the last few years with the shift in the geopolitical center of gravity to this region.

Initiatives by India in IOR:

India’s maritime vision translates into constructive leadership that not only looks beyond India’s immediate regional interests and great power politics but also provides an alternative to investment strategies led by the Chinese Belt and Road Initiative.

Losing a foothold in Asia-Pacific:

Countries in the region need to collaborate to build economic strength and address geopolitical risks, and there is a logical leadership role for India, being the largest player in the region.

Also read: Why did monsoon end with so much rain? Hunt for clues in the Indian Ocean