Know About India And China Border Disputes - By Jatin Verma

At the second informal summit between India and China at Mamallapuram, off Chennai (October 11-12, 2019), China’s President Xi Jinping had told Prime Minister Narendra Modi: “In accordance with the agreement on political guiding principles, we will seek a fair and reasonable solution to the border issue that is acceptable to both sides.”  Background to the border issue:

Till the 1960s, China controlled Aksai Chin in the West while India controlled the boundary up to the McMahon Line in the East. 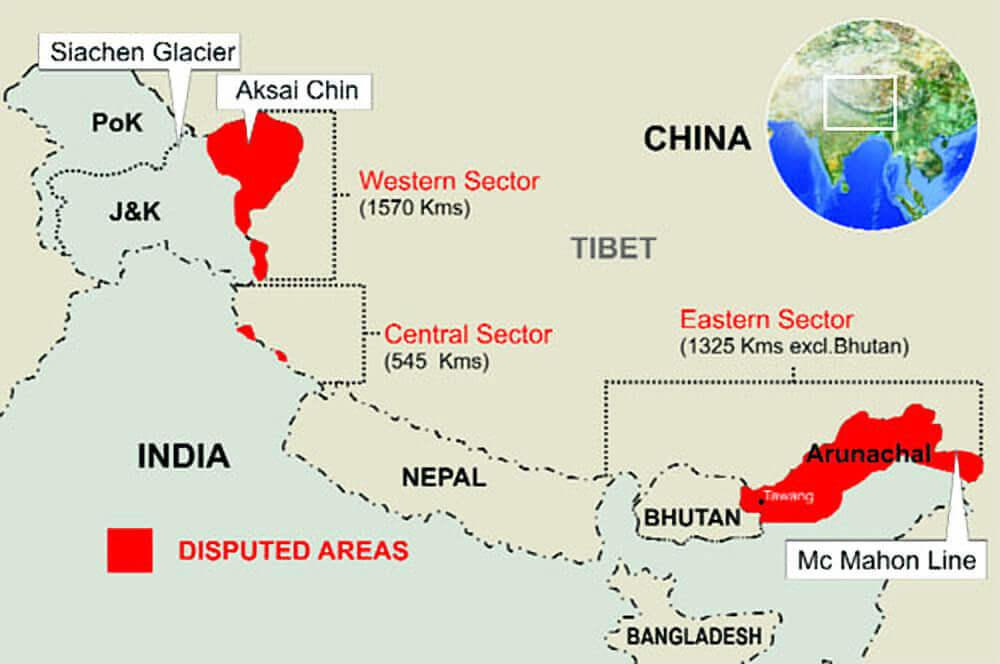 What was the situation of the border after 1947?

Indo-Chinese efforts to resolve the disputes after 1947: Initial maintenance of the status quo:

Why did the talk did not materialize?

Why did the Indo-Chinese relationship suffer a setback? Both India and China  perceived each other with deep suspicion and mistrust

What was the Chinese Swap plan to overcome the setback suffered in the previous meeting?

What was India’s stand on the Chinese swap plan?

The inability of the Indian side to countenance the swap principle was a missed opportunity that could have eventually settled the dispute and contained the escalating conflict in the ensuing years. Also read: Indo-China Relations China – Nepal Bilateral Relationship