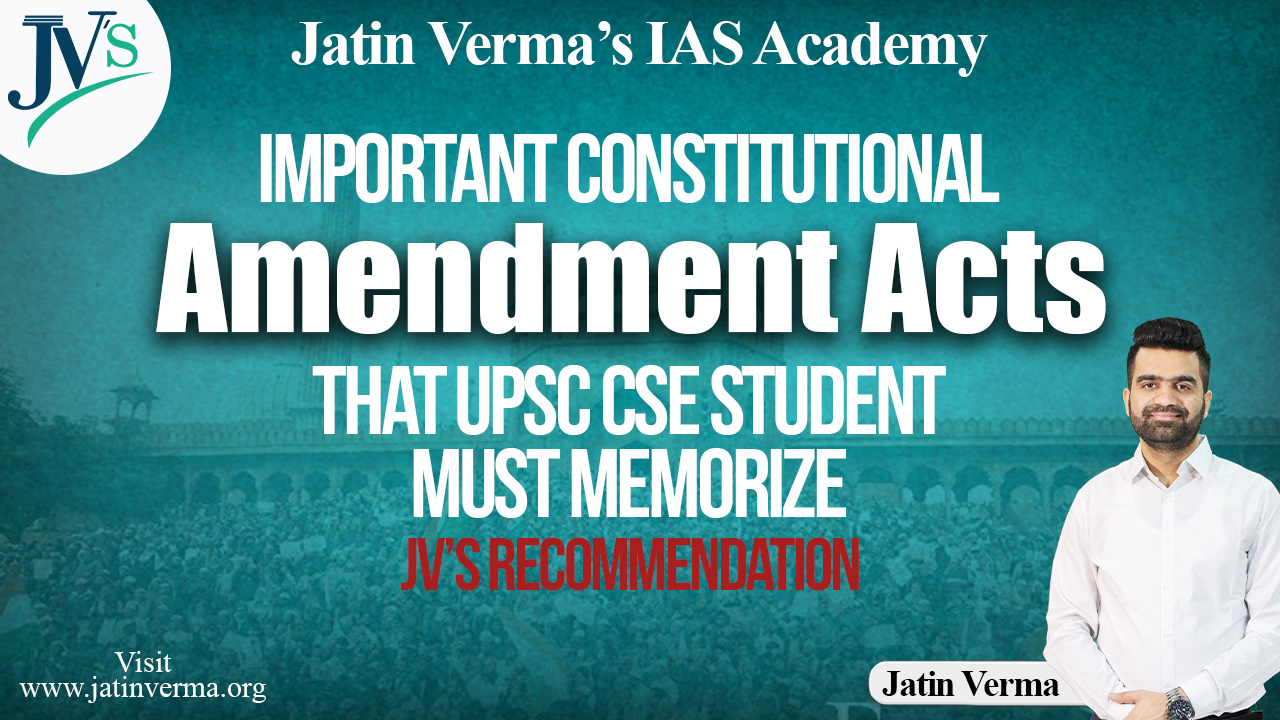 (The most comprehensive amendment made so far to the Constitution; it is known as ‘MiniConstitution’; it gave effect to the recommendations of Swaran Singh Committee.)

(Enacted by the Janata Government mainly to nullify some of the other distortions introduced by the 42nd Amendment Act, 1976)

Provided for disqualification of members of Parliament and state legislatures on the ground of defection and added a new Tenth Schedule containing the details in this regard.

Reduced the voting age from 21 years to 18 years for the Lok Sabha and state legislative assembly elections.

Included the Tamil Nadu Reservation Act of 1994 (which provides for 69 per cent reservation of seats in educational institutions and posts in state services) in the Ninth Schedule to protect it from judicial review. In 1992, the Supreme Court ruled that the total reservation should not exceed 50 per cent

Provided for an ‘alternative scheme of devolution’ of revenue between the Centre and states. This was enacted on the basis of the recommendations of the Tenth Finance Commission which has recommended that out of the total income obtained from Central taxes and duties, twenty-nine per cent should be distributed among the states.

Provided for ‘consequential seniority’ in the case of promotion by virtue of rule of reservation for the government servants belonging to the SCs and STs with retrospective effect from June 1995.

Made the following provisions to limit the size of Council of Ministers, to debar defectors from holding public offices, and to strengthen the anti-defection law:

Included four more languages in the Eighth Schedule. They are Bodo, Dogri (Dongri), Mathilli (Maithili) and Santhali. With this, the total number of constitutionally recognised languages increased to 22.

Gave a constitutional status and protection to cooperative societies. In this context, it made the following three changes in the constitution: