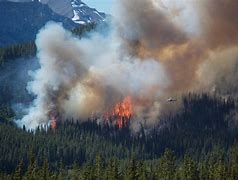 Context: Climate change and its impact is increasingly being acknowledged as a key risk driver for the financial system by governments, regulators and financial firms, said  Deputy Governor of  Reserve Bank of India.

Natural Factors – affect the climate over a period of thousands to millions of years.Such as –

“A New Climate for Peace: Taking Action on Climate and Fragility Risks”, an independent report commissioned by members of the G7, identifies seven compound climate-fragility risks that pose serious threats to the stability of states and societies in the decades ahead:

The Need for an Integrated Agenda

The best way to diminish the threat posed by these climate-fragility risks is to mitigate climate change. However, changes to the climate are already underway, so we must take steps to manage and minimize these risks today. To break down the sectoral barriers that hamper efforts to address climate-fragility risks, we need to address key policy and institutional gaps in three areas: