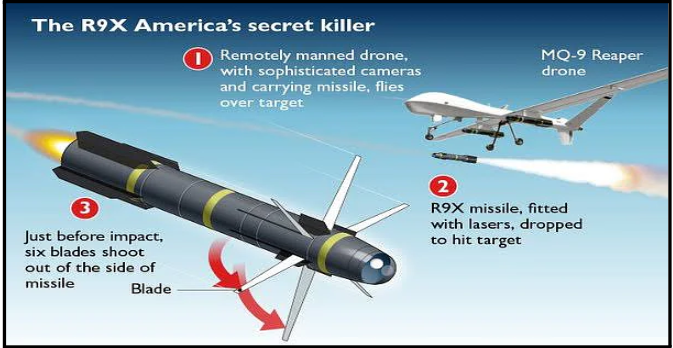 Where to use it?

The US military used its ‘secret killer weapon’ the Hellfire R9X missile to kill Al Qaeda chief Ayman al-Zawahiri on the terrace of a safe house in Kabul.

What is the Hellfire R9X missile?

What is known about the other Hellfire missile variants?

The missile is designed in a way that it can shove more than 100 pounds of metal in order to kill its target, be it a car or building.