Heat wave in Northwestern US, Canada 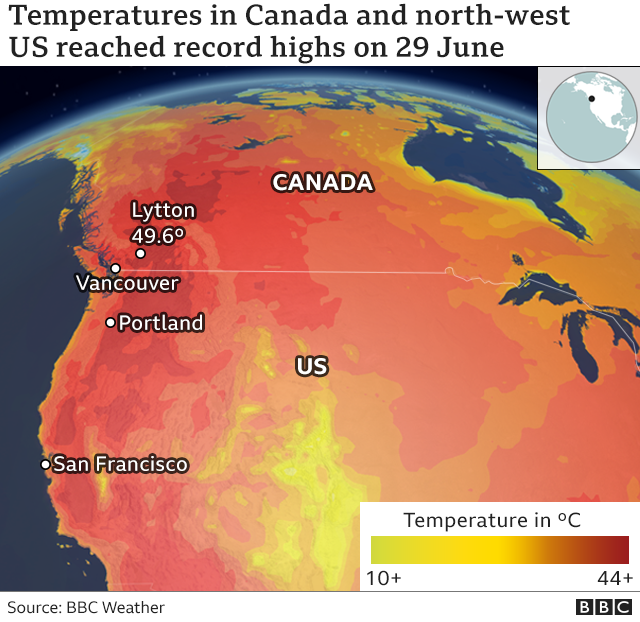 Context: Canada broke a national heat record on June 27, when the temperature in a small town in British Columbia reached almost 116 degrees Fahrenheit. At least 134 people have died suddenly in Canada.

Causes behind heat waves: The heat wave was caused by what meteorologists described as a dome of high pressure over the Northwest and worsened by human-caused climate change