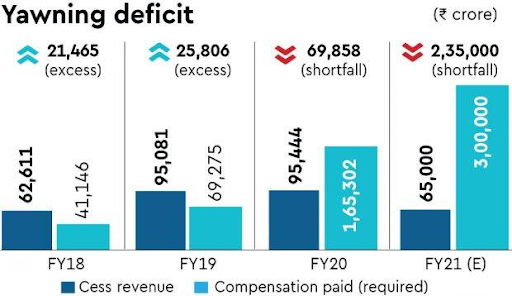 Context: In a sharp retraction of its earlier position, the Finance Ministry said the Centre would borrow from the market to pay the GST compensation shortfall of Rs 1.1 lakh crore to states, and then act as an intermediary to arrange back-to-back loans to state governments.

Background of the issue

States’ response to the center’s proposal:

Monetary measures are the monopoly of the central government. Even borrowing is more efficient and less expensive if it is undertaken by the Central government. As equal representatives of the citizens of the federal republic of India, State governments deserve relief through the Consolidated Fund of India.