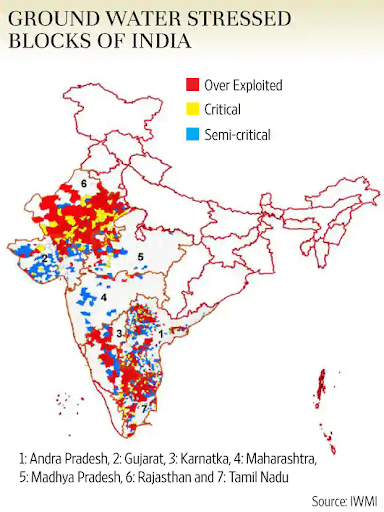 Context: The National Green Tribunal (NGT) has set stringent conditions for commercial groundwater use, asking authorities to be tightfisted in granting permits, initiating swift punitive action in case of breaches and mandating third-party compliance audit of businesses every year.

Ground water regulation in India: Water as a subject belongs to the states which makes it their responsibility to regulate and manage it. But under the Environment Protection Act, the Central Ground Water Authority can issue guidelines to states.

The concerns expressed by the NGT on the issue of sustainable use of groundwater resource should be appreciated. However, a paralysis of the approval processes needs to be resolved immediately.